Britannia Beach got its name from the nearby Britannia Range of Mountains, which form the east wall of the mountainous shore of Howe Sound, south of Britannia Beach. 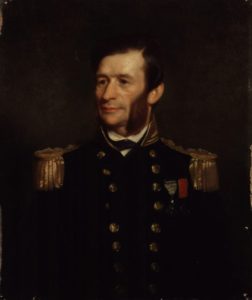 Around 1859, Royal Navy hydrographer, Captain Richards of HMS Plumper, named the range of mountains for HMS Britannia, the third of a series of vessels to bear that name.

The history of Britannia Beach is often associated with the Britannia Mine.

A copper discovery on Britannia Mountain by Dr. A. A. Forbes in 1888 led to the development of the Britannia Mine. In 1899, a mining engineer named George Robinson was able to convince financial backers that the property had great potential. For several years, companies were formed, merged and dissolved in efforts to raise capital. The Britannia Mining and Smelting Company, a branch of the Howe Sound Company, finally commenced mining in the early 1900s, and owned the site for the next sixty years. The first ore was shipped to the Crofton Smelter on Vancouver Island in 1904, and the mine achieved full production in 1905. 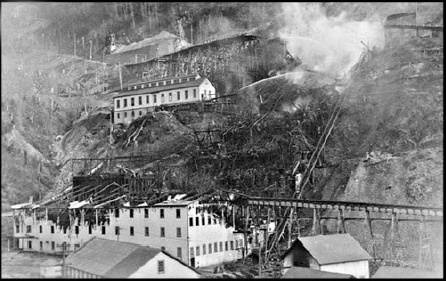 A town had grown up around the mine and a Post Office opened on January 1, 1907 where it was named after the nearby mine.

In 1912 John Wedderburn Dunbar Moodie was authorized to upgrade the operation and increase production from the mine. Improvements in the mineral separation processes stimulated plans for a new mill (No. 2), which was completed in 1916 and was capable of producing 2000 tons of ore per day. The onset of World War I increased the demand for copper and the price rose sharply.

In March 1921 during a brief period when the mine was shut down, mill No. 2 burnt to the ground. 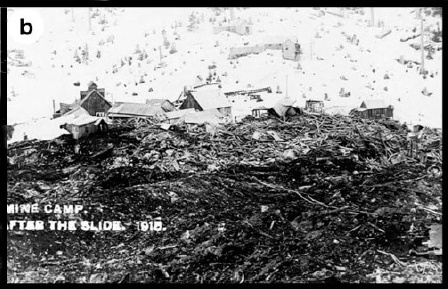 On March 21, 1915, an avalanche destroyed the Jane Camp. Sixty men, women and children were killed and it was a terrible blow to the tiny community.

Construction began immediately on a new, safer town at the 2,200-foot (670 m) level above the Britannia Beach site. This portion of the community became known as the “Town Site” or “Mount Sheer”.

Mount Sheer or Upper Town Mining Camp sits in a hanging valley of Mount Sheer above Britannia Beach, 9 September 1919.
It was built to replace the destroyed Jane Camp

On October 28, 1921, after a full day of torrential rain, a massive flood destroyed much of that portion of the community and mine operations that existed on the lower beach area. 50 of 110 homes were destroyed and thirty-seven men, women and children lost their lives. The flood was caused because the mining company had dammed up a portion of the Creek during the construction of a railway, and when this dam gave way the town below was flooded.

Being an isolated, close knit community which could only be accessed by boat, life in both of Britannia’s towns was never dull. Facilities included libraries, club rooms, billiard rooms, swimming pools, tennis courts and even bowling. A thriving social calendar saw sporting events, theatrical productions, dances, movies and parties held throughout the year.

The mine boomed in the late 1920s and early 1930s, becoming the largest producer of copper in the British Commonwealth by 1929, under the management of the mine manager C.P. Browning.

In the 1940s there were talks to build an artist village in Britannia’s hills, but that plan did not proceed.

Miners unionized in 1946 and suffered through their first strike. Low copper prices saw the Britannia Mine Company reduced to seven employees, and in 1959 it went into liquidation.

In 1963 the Anaconda Mining Company bought the property and production continued for the next eleven years. 300 employees managed to produce 60,000 tons of concentrate each year. Ferries services stopped around May 1965 after the highway and railway connections had been constructed. The connections made it easier to transport the copper, but high operating costs and taxes eventually forced the mine to close on November 1, 1974.

A timeline of Britannia Beach History 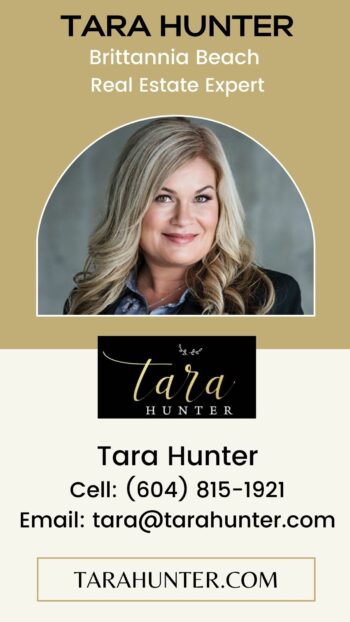